Animal welfare or animal rights? Many in the media and in politics confuse the two terms, yet they are fundamentally different. Animal welfare concerns the humane treatment of animals, recognizing they will be used, and sometimes killed, for a variety of proper reasons. The idea of ‘animal rights’ presumes that no animal should be killed or used in any way, for any reason. There have been many instances of genuine animal-welfare acts reported as having been undertaken by ‘animal rightists’ and vice versa. This only adds to a muddled view in the minds of the public. VAWM does not believe that animals have ‘rights’, and devotes itself to improving animal welfare. 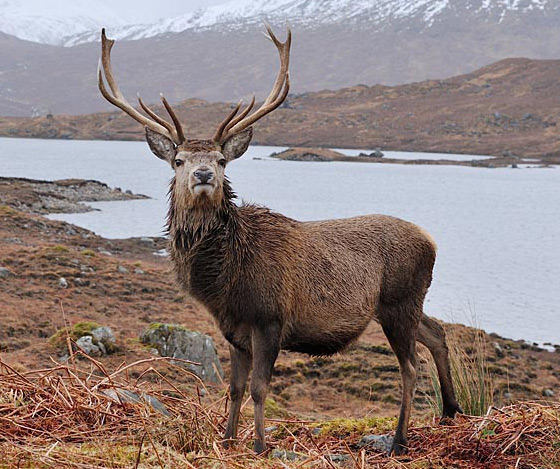 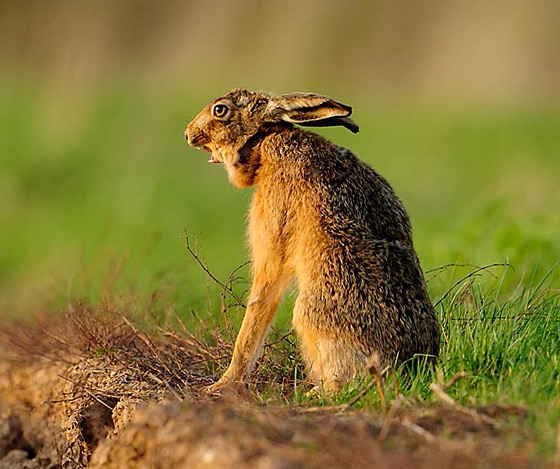 In some parts of Britain, hares are an agricultural pest, causing damage to a range of crops. They also kill newly planted young trees. To limit this damage, some 200,000 to 300,000 hares are shot each year and 25 – 30% of hares are seriously wounded and are therefore easily retrievable. As many as 10% escape wounded and are not retrievable, even with well trained dogs (i).

To spare these animals prolonged suffering, they are normally hunted with beagles the day after a hare shoot. The Hunting Act 2004 makes provision for this in the schedule of Exempt Hunting. It is a good example of the vital search-and-despatch function of hunting with hounds.

The principal reason for managing the badger population is to reduce the transmission of TB from badgers to cattle. But it should be remembered that infection commonly causes a protracted death in badgers.

Studies of infected badgers have found that 46% (ii) to 51% (iii) of them have tuberculous lung lesions. These animals take up to two years to die (iv).

The VAWM advocates the identification of setts occupied by infected badgers using PCR testing. Badgers occupying such setts should be killed by the most humane method available, in their own interest, and in that of uninfected badgers, cattle and other animals vulnerable to infection. 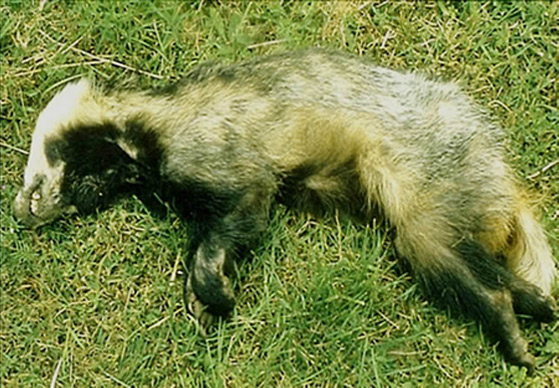 An emaciated badger carcass: there were numerous TB lesions in the internal organs 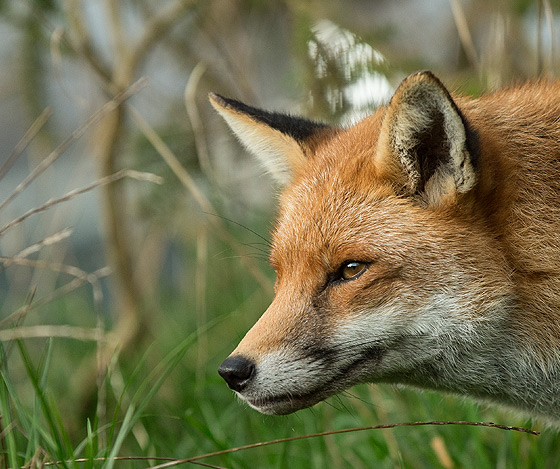 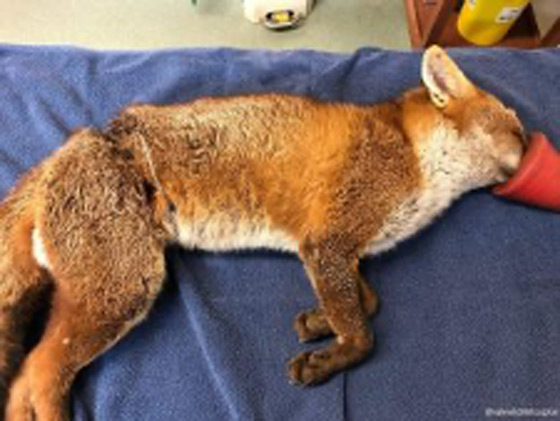 A fox caught in a snare around its abdomen

The VAWM recognizes that fox snaring is, regrettably, essential in some circumstances. However, it gravely compromises welfare, being lawfully permitted to cause suffering for up to 36 hours. The VAWM deprecates its use whenever an alternative method could be used. The code of practice on use of snares for fox control issued by various shooting and farming organizations, and endorsed by the DEFRA, states that those who carry out fox control should “use snares only if the alternatives are impractical, prohibitively expensive, or would not be effective.”

Snaring submits foxes to an experience they have never known and to which evolution has given them no response other than to struggle in pain.

Animals caught in snares cannot shelter from wind or rain, and cannot eat or drink.

About half the animals captured in snares are non-target species, including pets. Snares used to protect lambs from foxes are liable to snare the lambs themselves.

In many conditions, the use of a rifle is impracticable or unsafe, and foxes are shot with shotguns instead. Skilled marksmen wound 64% of the foxes they shoot with a shotgun. Unskilled marksmen wound 52%, although they miss many more than skilled marksmen. Unlike rifles, shotguns cause lighter wounding, for example, of the legs, in a high proportion of cases: 27 – 30% (v).

Hunting is the natural and most humane method of controlling the fox population. It is humane for a number of reasons; perhaps the most important is that it is intrinsically certain and leaves no wounded survivors.

Hunting performs a vital search-and-despatch function whereby the weak, the sick and the injured are discovered and quickly dispatched. This is particularly important in the areas where foxes are shot, which cover much of the country. It uniquely reproduces the natural selection process whereby weak and sick animals are promptly culled.

It is the natural response of wild animals to run away from predators, be they wild predators such as wolves, or domesticated ones such as hounds. Evolution has equipped them with this response. It is an adaptive behaviour, not a maladaptive one.

It is unlikely a hunted animal expects to be caught, or can imagine the experience. Non-primate mammals have only a rudimentary prefrontal cortex, the key part of the brain active in abstract thinking and reasoning. Greenfield states that “the expectation of an imagined scenario in the future might be one way to describe worry and anxiety that is peculiarly human (vi).”

The hunted fox evades hounds by following a course which makes it difficult for them to follow it by scent. If they can get within clear sight of it, they usually catch it and kill it. Death comes by cervical dislocation or massive trauma to the thorax and abdomen (vii)(viii).

Opponents of hunting with hounds object to it for a variety of reasons. Those reasons should not be elevated above animal welfare. Richard Course, a former Executive Director of League Against Cruel Sports, underlines this point in his submission to the Burns Inquiry of 2000 (see quotation here).

“The dogs easily outpace the fox within a minute or two and kill it within a second or two. How the fox is located is totally irrelevant to animal welfare considerations. It took me ten years to realise that irrefutable fact – others will never realise it because bigotry, prejudice, narrow mindedness, class animosity, and ignorance blind people to the truth.”

The above quote is from Richard Course, a former Executive Director of League Against Cruel Sports

Deer are controlled by shooting with stalking or from a high platform. Some wounding is inevitable.

Red deer were traditionally hunted with hounds until they stood “at bay”, ready to ward hounds off with their antlers instead of continuing their attempt to outrun them. At this point, they were shot at close quarters. This form of management is no longer permitted in law.

However, three packs of staghounds continue to provide a search-and-despatch service for wounded deer in the west of England. The Hunting Act 2004 limits this use of hounds to two animals, which extends the duration of the chase and makes it more difficult to bring a wounded animal to bay. 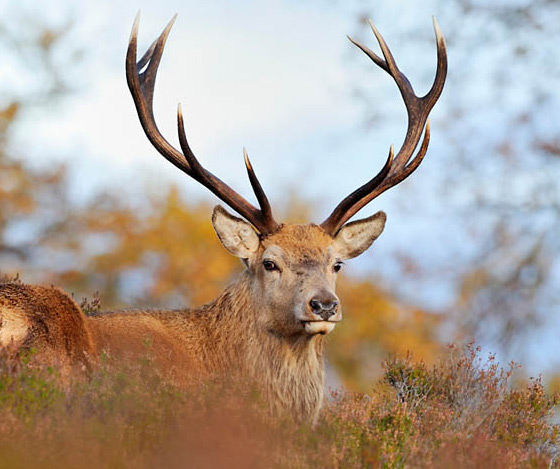